Naperville Native and YNS Alum takes on ‘Aida’ at Met 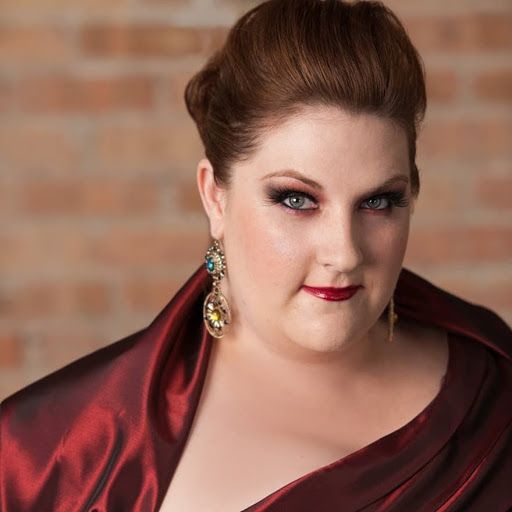 Tamara Wilson remembers getting the call that most performers only dream of.

“I was in Milwaukee working with the Milwaukee Symphony and my manager texted me,” said the 33-year-old soprano. “It said, ‘I have good news. Call me.’”

The good news: Wilson had been tapped to play Aida at the New York Metropolitan Opera after the current lead needed to leave the production.

“He said they asked for you; tell your family that they are spending Christmas in New York.”

For the Naperville native and internationally acclaimed singer, the opportunity to debut at the Met in the title role of “Aida” was part thrilling and part terrifying.

“Every singer dreams about singing at the Met,” she said. “A lot of my friends and colleagues sing at that opera house a lot. I was also happy/terrified that it was for the role of Aida. It’s a role that is huge and has a lot of tradition at the Met.”

Wilson is no stranger to Aida. In fact, she has portrayed the strong Ethiopian princess in 20 performances on stages in Sydney, Australia; Seville, Spain; and Santiago, Chile.

“I first sang Aida when I was 27,” said Wilson, who graduated from Waubonsie Valley High School in 1999 and University of Cincinnati College-Conservatory of Music in 2004. “It was my first title role, and it was so exciting and special; it’s a role that I know backwards and forwards.”

That proved helpful for Wilson, who had little time to rehearse after being cast for the holiday performances.

“Just to put it in context, we normally have a four to six-week rehearsal period; I had about six days,” she said. “My first time singing on the set ─ in costumes with the orchestra ─ was my debut performance.”

But like a seasoned pro, Wilson debuted Dec. 26 as Aida and sang four critically acclaimed performances. She earned stellar reviews in The New York Times, and rave reviews from local fans who flocked to see her.

“My daughter and I saw Tamara’s second performance at the Met on Dec. 29,” said Sandy Stoneham, Wilson’s music teacher at Gregory Middle School and choral director at Young Naperville Singers. “She was beautiful on stage in every way. She filled the house with sound and even her softest singing spun through the hall.”

Neuqua Valley High School teacher Charles Staley has seen more than 100 operas here and around the world. When he learned Wilson, whom he taught while at Waubonsie, would be in “Aida” at the Met, he didn’t hesitate before booking a trip.

Along with his wife, Lynne, Staley attended her final performance on Jan. 10.

“Tammy sang exquisitely and was quite well received by the New York audience,” Staley said. “‘Brava!’ was shouted after her arias, and I lost count of the number of curtain calls she received.”

Stoneham shared the sentiment. “What a thrill to hear the audience erupt in cheers when she came out for her solo bow and to see her smile the biggest smile I believe I’ve ever seen on her,” Stoneham said. “One of the most emotional moments was to know that Tammy was living her dream.”

Wilson is preparing for her role in “Norma,” which opens next month in Barcelona. Although she doesn’t have much downtime, she wouldn’t have it any other way.

“I was brought up to always do and give my best,” she said. “Everything I do has that top level in mind. There has been a plethora of ups and downs, and I’m only at the beginning of my career. It’s not the easiest life, but I will tell you this: The two to four hours that you are on stage making music is incomparable; that I would not part with ever.”

Tamara Wilson debuted at the Met on Dec. 26 and earned rave reviews. When I asked her how she felt when she learned of them, she shared this insight:

“As a rule, I do not read reviews. I was lucky enough to hear a talk by the famous soprano Jessye Norman. She was asked this same question. She gave a great answer, (saying) ‘If you believe the good ones, you also have to believe the bad ones.’ We train so hard and so long to do what we do. Everyone has good performances and bad performances and the critics aren’t always at the night you prefer. If you start to read into the reviews and more importantly now, the blogs, they can drive you mad.”

Here’s what she had to say:

“This channel talks about the real side of the business that no one learns about until you are in it. I had amazing teachers growing up, and I want to give back or pass along some of the things they taught me. I have things about acting and time management, you name it (and) we will talk about it. I also respond directly to the people in the comments with questions or topics they want me to address.”

Here is the link to the channel