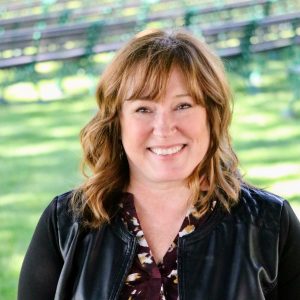 Bella Voce/Bella Cantare
Angie Johnson received a Bachelor of Arts Degree with honors in music education from Northern Illinois University in 1991 where she studied piano with Donald Walker. Upon graduating, she taught choral/general music for Circle Center Middle School (Yorkville, IL) and Gregory Middle School (Naperville, IL) for 7 years. Conducting choral programs of up to 350 singers in curricular and honors choirs, her choirs were given superior ratings each year. Upon several occasions, she was named a “Most Influential Educator” by the Indian Prairie Educational Foundation. Mrs. Johnson is an active clinician, adjudicator, accompanist and festival conductor who is passionate about sharing her love for young people and teaching, she has led panel discussions, workshops and teacher institutes for both future and current teachers specializing in creative rehearsal techniques for young voices regionally, nationally & internationally. Now in her 24th season as a director and 14th season as the Artistic Director of Young Naperville Singers, she oversees the music education, artistic programming, and visionary leadership of the growing organization. Under her tenure, Young Naperville Singers has grown to over 425 singers (7 – 18 years of age) in ten choirs and can boast national and international recognition. 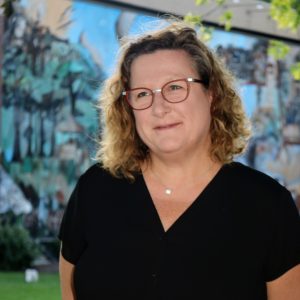 Primo
Andrea Burck has over 33 years of experience as a musician and educator. Her experiences include early childhood, elementary and middle school music education, church music director, private piano instructor, and accompanist. She spent six summers on the summer camp staff at Interlochen Arts Camp and served as accompanist, elementary camp instructor, and piano instructor at the Sitka Fine Arts Camp in Alaska for seven summer seasons. Mrs. Burck holds a Bachelor of Music in Music Education from the Eastman School of Music of the University of Rochester in New York and she has continued her education with Kodaly and Orff coursework. Mrs. Burck recently retired from teaching music in Indian Prairie School District #204 and is enjoying teaching Primo, working in the garden and walking her new pup Daffodil. 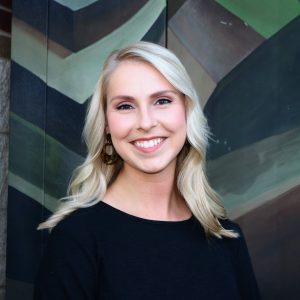 Aria
Meredith Dabbs is a passionate music educator with degrees in vocal performance and music education as well as a masters degree in Teaching, Leadership and Cultural Competency. She earned her degrees at the University of Iowa. Go Hawks! She is a YNS alumni who incorporates music into nearly every aspect of her life. In 2019, 2020 and 2021, Meredith was a quarterfinalist for a Grammy Music Educator Award demonstrating her commitment to improving her students’ lives through music. In addition to directing Aria, she is a general music teacher in Elmwood Park District #401 as well as a private piano teacher. When you meet Meredith you’ll see she almost always has a smile on her face and a song in her heart. 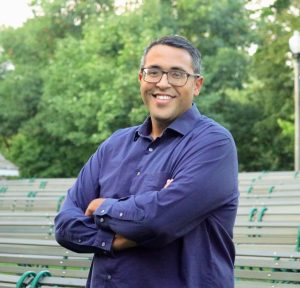 Dolce/Ragazzi
Ryan Henry graduated Summa Cum Laude from Millikin University with a degree in Vocal Music Education and earned his Master in Music Education degree from Vandercook College of Music. Currently, he is in the general music teacher and chorus director at Fry and Clow Elementary schools. He also coordinates and teaches the Young Composers Club program where fifth-grade composers write music for local musicians. Mr. Henry has presented at the National NAfME Convention and has been invited as a guest clinician at district music festivals. Outside of the classroom, Mr. Henry enjoys spending time with his wife and seven children. He is passionate about writing music, as he has recorded a contemporary worship album and also has composed several pieces for his students. Mr. Henry loves being with people! He and his family are actively involved with their neighorhood and church family. He frequently leads worship for various community gatherings and loves bringing up his children in a musical home. 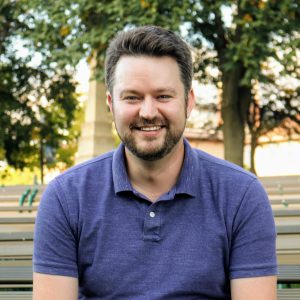 Brio
Joseph Mitchell is a music educator in Naperville 203 at River Woods Elementary, leading the general music program and the school’s choir, the Redbird Singers. He holds an undergraduate degree in Music Education from North Central College and a Masters of Music Education from Vandercook College of Music. He is a proud husband and father of two boys, who are growing as singers everday. 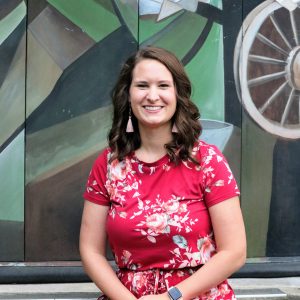 Brillante/Cantabile
Amy Parry graduated with honors with a Bachelor of Music Education from the University of Puget Sound (Tacoma, WA) and Master of Arts in Curriculum and Instruction from University of Denver. Mrs. Parry previously taught general music and directed choirs at the elementary (Colorado) and middle school (Naperville) levels. As a child, Mrs. Parry was a student singer in Young Naperville Singers! She is thrilled to direct Brillante, Cantabile, and our newest early childhood Music Together classes in the organization that played such an important role in shaping her into a life-long musician. Besides teaching, Mrs. Parry loves spending time with her husband and daughter, as well as decorating cookies and all things sweet! 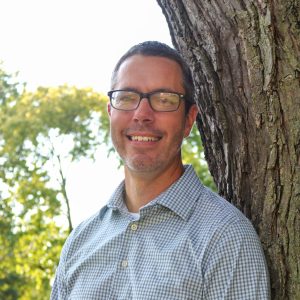 Canto Vivo
J. Ryan Rimington is a National Board Certified Teacher at Neuqua Valley High School where he conducts curricular choirs, teaches Advanced Placement Music Theory, directs vocal jazz ensemble, facilitates the music technology computer lab, and serves as co-Auditorium Manager. Mr. Rimington is also a published composer and arranger of many choral works, and frequently receives commissions and guest conducting engagements with midwestern choral and vocal jazz ensembles and organizational festivals. Mr. Rimington earned his Bachelor of Music Education and multiple Master degrees in education from the University of Illinois and has also engaged in Doctoral studies. Mr. Rimington has been connected to the Young Naperville Singers program for over twenty years as an adjunct teacher, parent, director of Canto Vivo Singers, facility host, and adamant supporter! 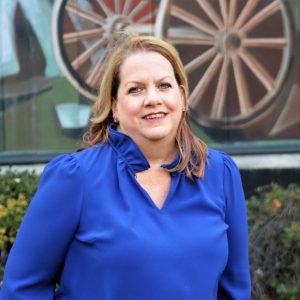 Bella Voce/Brillante/Canto Vivo
Janet Blomquist graduated from the University of North Texas with a Bachelor of Music Performance degree in oboe and piano, and from Northwestern University with a Master of Music Performance degree in oboe. Mrs. Blomquist is the accompanist for Plainfield South High School, Naperville Central High School, Still Middle School, and Lincoln Junior High. She is in her fourteenth year with YNS and is currently the organist at St. John Lutheran Church in Joliet. 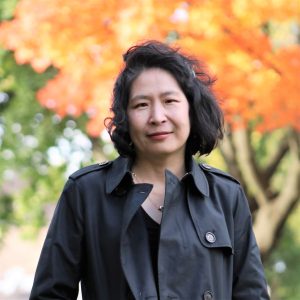 Ragazzi/Cantabile
Haeyoung Han is currently working for our community music students and works with various professionals. Additionally, she has been a pianist and organist at St. Raphael. She received a B.M. in piano performance from Hanyang University in Seoul, Korea. She has performed numerous concerts and recitals and received outstanding awards in Asia and Europe. She runs a piano studio. 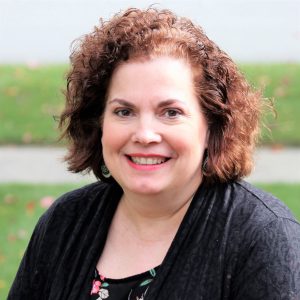 Dolce/Primo
Kimberly Obert graduated from Valparaiso University with a Bachelor of Arts degree in music. She has been teaching private lessons in both piano and voice for over 30 years. Mrs. Obert currently teaches lessons at PM Music, Fox River Academy, and is the Music Director at Immanuel Lutheran Church in Yorkville. She has also been a piano accompanist for school District 204 and 308. 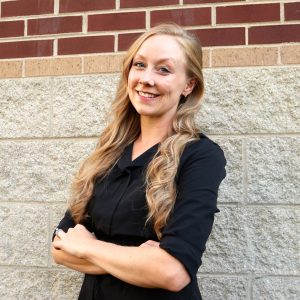 Brio
Rachel Seidel holds a Bachelor of Music in Piano Performance from Illinois Wesleyan University and is in her fifth year at YNS. She previously served as Staff Accompanist for the Illinois Wesleyan School of Music and Adjunct Faculty for the Piano Preparatory Department, working with kindergarten through college-age students. Former roles also include Education and Operations Manager at the Illinois Philharmonic Orchestra, Orchestra Manager at the Aspen Music Festival in Colorado, Collaborative Pianist for District 99, private lesson instructor, and accompanist for area schools. Outside of her passion for music, Rachel is a UX Designer for Penske Transporation Solutions. 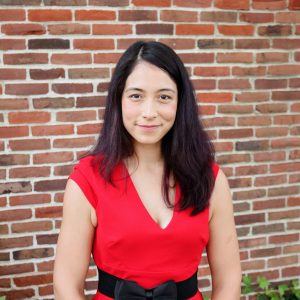 Elizabeth Vaughan is a pianist and teacher based in Highland Park, IL. She is currently a pursuing a DMA degree in Piano Performance and Pedagogy at University of Wisconsin-Madison. Her previous studies include a MM in Piano Performance from the University of Tennessee and a BM in Vocal Performance from Lawrence University. During her studies, she was the winner of the concerto competitions of all three institutions, and the first place winner of the MTNA Young Artist competition in the states of Wisconsin and Tennessee. Elizabeth is a frequent recitalist and has recently been featured as a collaborative pianist on 98.7 WFMT in Chicago and as a soloist on WUOT 91.7 in Knoxville, TN. She is the mother of twins Heather and Iris, and the wife of cellist Warren Oja. 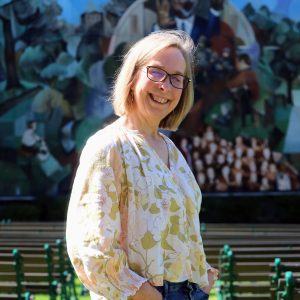 Christine Dyslin has had a long career as a music teacher, working with children from toddlers through high school. She holds a Master of Music Education degree from DePaul University, and a Master of Arts in History from the University of Illinois at Chicago. Since joining the administrative team for YNS, Chris has found great joy in serving the families and staff of this amazing organization! 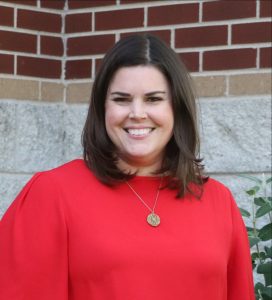 Melissa Fosco comes to Young Naperville Singers after being a parent in the organization for many years. Melissa graduated from the University of Iowa with a Bachelor of Arts degree in Elementary Education. After teaching for several years, she stayed at home with her daughters. She has spent many years serving the Home & School organization at several schools as well as on the General Home & School Executive Board in Naperville District 203.